Woman forced to remove hijab in jail settles for $120K 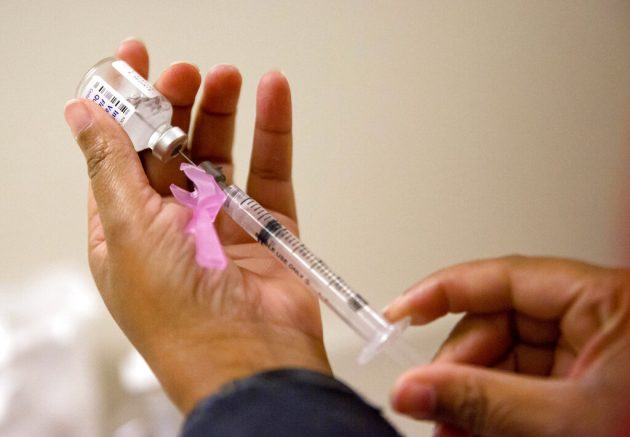 FILE – In this Feb. 7, 2018 file photo, a nurse prepares a flu shot at the Salvation Army in Atlanta. An early barrage of illness in the South has begun to spread more broadly, and there’s a decent chance flu season could peak much earlier than normal, health officials say. (AP Photo/David Goldman)

Roughly 900 flu-related deaths have been reported as this flu season becomes one of the earliest to kick off in 15 years. That’s according to the Centers for Disease Control and Prevention (CDC), who estimated more than 1.7 million people have been infected so far with at least 12 states reporting an increase in hospital visits.

According to the latest CDC #FluView, 12 states and Puerto Rico are experiencing high levels of flu activity. However, some parts of the country are still seeing little flu activity: https://t.co/UuutIp5WXD pic.twitter.com/9nVfOMSlbb

The south has been hit the hardest. Louisiana, known to have flu season from December through February, saw nearly 5 percent of all hospital visits in the state to be flu-related starting in October.

“The prediction of the flu season is always difficult, what is interesting is that we are seeing more  B strains of flu in Louisiana,” said Fred Lopez, M.D. – LSU Health Infections Diseases. 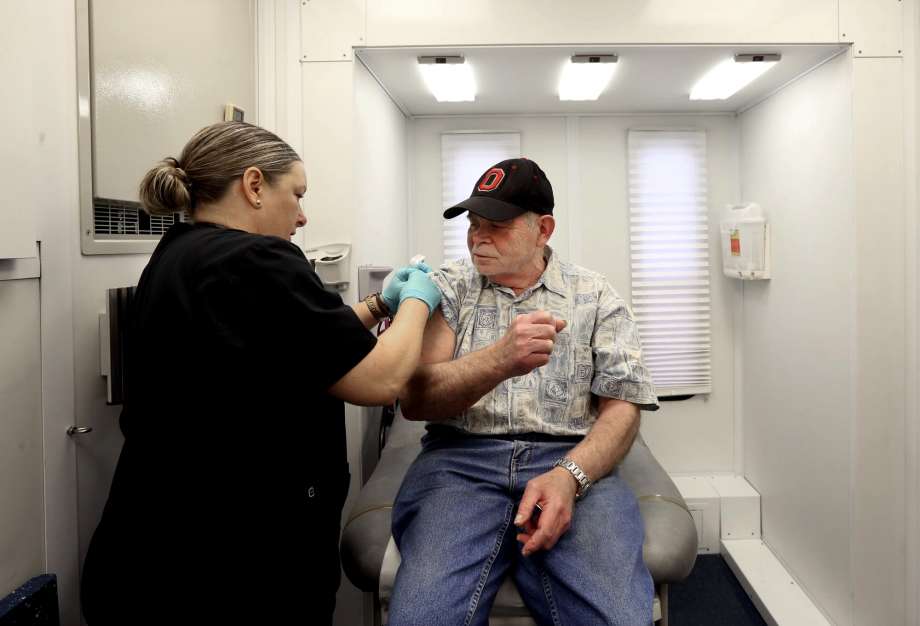 In this Nov. 4, 2019 photo, Mark Yudis gets his flu shot from LPN Jeanette Cartwright at the OhioHealth Wellness on Wheels Primary Care mobile unit while it was at Jewish Family Services in Columbus, Ohio. (Eric Albrecht/The Columbus Dispatch via AP)

Health officials say they are seeing Influenza B in most parts of the country now, which usually appears around March or April. The B strain typically is not very dangerous to elders, who are most vulnerable during flu season. However, this strain can be hard on adults and children under 50.

The Energy and Commerce Committee held a hearing to discuss the state of the flu in America and what measures should be taken to protect citizens.

“While we examine how to improve the response to seasonal flu, we know the best way to prevent getting the seasonal flu is to get vaccinated each season,” stated Rep. Brett Guthrie (R-Ky.). “If you have not already gotten your flu vaccine this season, please go get your flu vaccine today.”

An early flu season does not necessarily mean a bad season, but officials say it is still too early to tell.

How long can the new coronavirus last on surfaces?

Scientists hit back at rumours of engineered coronavirus

How long can the new coronavirus last on surfaces?

Scientists hit back at rumours of engineered coronavirus

AirPods 2 and AirPods Pro are somehow still discounted on Amazon